Was this the greatest dog of all time?

Vox
7M subscribers
The Westminster Kennel Club Dog show had a champion who won three times in a row. How did she do it?

This year, the Westminster Dog Show will draw lots of attention. But no dog will surpass the legacy of the first Best in Show winner — a smooth fox terrier named Warren Remedy. In this episode of Vox Almanac, Vox's Phil Edwards explains how it happened.

Warren Remedy won three Best in Show titles at the Westminster Kennel Club Dog Show, and she cemented her place in canine history. But her legacy extends beyond her title — as an exemplar of the smooth fox terrier breed, she helped establish the “type” that people expected.

That was largely because of her breeder, a wealthy Manhattan socialite named Winthrop Rutherfurd. Rutherfurd famously dated a Vanderbilt before settling down with a vice president’s daughter, but in addition to lighting up the gossip pages, he bred fox terriers at his estate in Allamuchy, New Jersey. And he promoted them through the American Fox Terrier Club and Westminster Kennel Club. These efforts helped the relatively new breed gain a foothold in American culture.

Warren Remedy may never be surpassed in her three Best in Show titles. So was she the greatest dog of all time? That might be the wrong question. She was the greatest dog of her time, though, and that may have established an even more important legacy, for all dogs and for the Westminster Kennel Club Dog Show.

Further Reading:
This archival article from Outing Magazine has a surprising interesting history of smooth terriers in America, including how the breed can be traced to just a few dogs.
https://books.google.com/books?id=qb9DAQAAIAAJ&newbks=1&newbks_redir=0&dq=%22warren%20remedy%22&pg=PA349#v=onepage&q&f=false

The Dog Show: 125 Years of Westminster is a great resource for dog show obsessives, and it chronicles all the winners as well as the early history and lore of the show.
https://www.amazon.com/Dog-Show-125-Years-Westminster/dp/1592282636

The American Kennel Club lists all their dog standards on their website. The listing for the wire fox terrier is a good place to start.
https://www.akc.org/dog-breeds/wire-fox-terrier/

Vox.com is a news website that helps you cut through the noise and understand what's really driving the events in the headlines. Check out http://www.vox.com.

Joe Navanodo 3 month ago
The greatest dog of all time: is sleeping on my lap right now, and that’s a fact, no research needed lol

Mina C 3 month ago
“But the window is small for every dog. Maybe they’re all the greatest. For a moment.” CRYING 😭

Matt Collins 3 month ago
They just had to add those pictures of ordinary dogs at the end. Made me tear up.

Српски патриота 3 month ago
Is he named scooby doo? I don't think so.

Crack Baby 3 month ago
All the dogs who are living on the streets this winter are the greatest, stay tough buddies.

gokuluca3 3 month ago
In my town there was a homeless dog who people called toto, the town's dog, he went into the schools and sat down for the national anthem and protected people

ManHuntingMuffalo 3 month ago
"This is not a steak, it's a rat" Thank you, wouldn't have noticed any other way

Sabina Hertzum 3 month ago
As a frenchie Owner i have a hard time with today’s standard in general - there has been too much inbreeding in the ‘early years’ that our dogs suffer for today... I would love to see standards chance to focus more on breed health before measurements...

Umang Malik 3 month ago
Your dog is the best dog. Yes, you, the person reading this right now. You have the best dog. Go give em a pat on the head.

L P 3 month ago
She isn't the best dog cause she is a "pure breed" or a genetic mess, best dog is a healthy happy dog that loves their family very much!

Emmanuel Thomas 3 month ago
Everyone: Warren Remedy is the greatest dog. Laika: .......

Katja Ba 3 month ago
These whole dog standards kinda seem to be pretty pointless like why do humans do define animals' ears, tails, paws etc

Vito Lebommil 3 month ago
This video reminded me of Fry's dog Seymour and now it made me sad... Seymour waited for him for 12 years, THAT'S the best doggo ever 😭

Wilhe E 3 month ago
This is why I love vox, completely useless facts presented in a serious way and somehow it’s so interesting

mr.potato head 3 month ago
*Greatest Dog of All Time* Me: look at my good boy and smile

Neo Nguyen 3 month ago
Title should be: “Was this the goodest boy of all time?”

Mark Neal 3 month ago
You really missed the opportunity to say “Was this the goodest boy of all time?”

ELYSIAN 3 month ago
The greatest dog of all time is SVEN!

Hot Head 3 month ago
All dogs are the greatest

Jason Smith 3 month ago
0:08 that's extremely racist, as explained by the video

mmahgoub 3 month ago
Well instead of staying in 4 kms line waiting for gas here I am watching a video about what rich white people do in their spare time.. nothing makes sense! Ok back to reality!

The Cinematic Mind 3 month ago
*DOGE IS THE GOAT.*

Huzaifa Amin 3 month ago
Dogs carry a lot of diseases.

camofrog 3 month ago
The best dog is a mixed breed rescue. They live a long time.

Doğa Kaya 3 month ago
No one: Vox: Was this the greatest dog of all time?

Pradarshan 3 month ago
The sound design, the editing, the storyline. Whaaaaat. its just mind blowing

Random Entertainment 3 month ago
Well all dogs are the best in their own way, this one was just good at this specific competition

2B 3 month ago
the best dog in the world farted earlier behind me, i had to open windows to ease my suffering but i still love him nonetheless

Altair 21 3 month ago
After I watched Adam ruins everything episode on dogs, I only feel pity for them.

bleng blong 3 month ago
next time, dogs are gonna be the judges of the greatest person

Duchi 3 month ago
*The Greatest Dog of All Time:* 1. Sven

Luis Alvarado 3 month ago
The greatest dog of all time is Kira and she comes all days to awake me by licking my face.

Taylor Ball 3 month ago
Meh, I wish they went more into how these standards are actually decided... they sound somewhat arbitrary

Kilroy was Here 3 month ago
The best dog your dog, the one you love that loves you more than anything

A terror way beyond falling 3 month ago
Made me miss my dog even more than I already miss him. 17 years of winning best dog in my heart! Miss you, Pepper.

Felipe Berlim 3 month ago
I have an adopted stray dog at my side every night, and she’s the best for me

jeancarlo guevara 3 month ago
I disagree, my dog is the best dog of all time

Suprachiasmatic Nucleus 3 month ago
Thanks for the yellow arrows, I would never have noticed there's a dog in this video.

Gabriel L 3 month ago
THEY ARE ALL GOOD BOYS STOP

Nathan Johnson 3 month ago
Dang it. You got me with the dog slideshow. They are all the greatest!

llcn 3 month ago
Omg those dog in the end ♥️

Yah You ! 3 month ago
My Samson will always get the steak, for he is always a good boy😭

Rahul Gowda 3 month ago
Togo is the greatest dog of all time. No cap!

Mannie G. 3 month ago
they're all the greatest forever.

Beth Hague 3 month ago
Did I cry at this ? Yes yes I did

Toril Azzalini-Machecler 3 month ago
This video made me think "what."

Abhimaneu KJ 3 month ago
For me, my dog 🐕 is the greatest.

andrepduarte 3 month ago
Posh dogs are infinitely worse than mutts you pick up from the shelter. Change my mind.

Darth Vader 3 month ago
No, the greatest dog of all time ist difinitvly my dog!

Rozzane Juresr 3 month ago
For some reason, I understood absolutely nothing in the video

Mike Buchholz 3 month ago
With all due respect, the greatest dog of all time is Sergeant Stubby. Google him.

Eric 3 month ago
Nah, you guys got it wrong. Every dog is the best dog of all time.

j c g 3 month ago
this is such an awesome video! thank you!

117ralph 3 month ago
this feature is interesting as fashion news read at a hairdresser salon ... breeds are fashion and most of them are cruel. i look at the tail and the ears ... and i love dogs.

peffiSC2source S 3 month ago
Is that thumbnail subliminal messaging? lol

_what_evss_ 3 month ago
My friends mom is Valerie attkinson whos won it a few times. I’m very close with her son she’s like my second mom

Eric D'avanzo 3 month ago
I love this !! Keep it up guys

Samy Ismael 3 month ago
The "greatest dogs" now can't even do the work they were originally bred to do.

Jasmine S 3 month ago
They're all good dogs, Brent

j c g 3 month ago
this is such an awesome video! thank you! 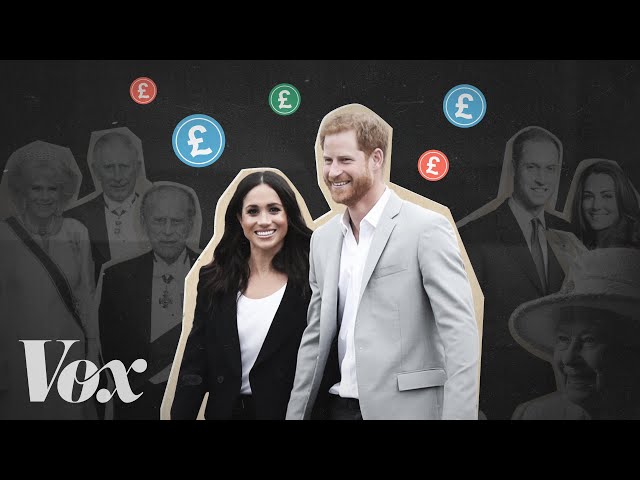 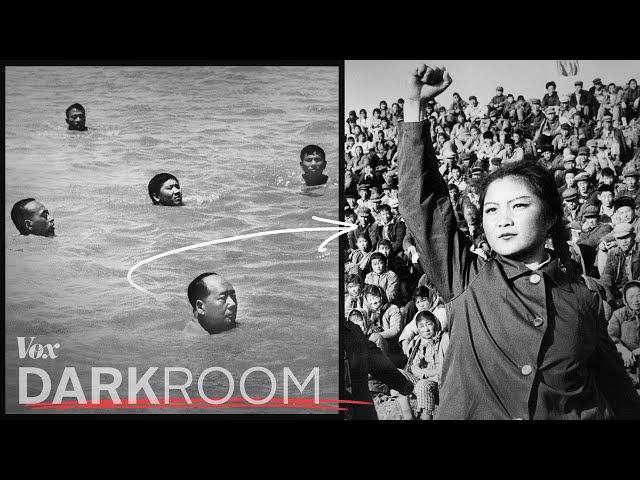 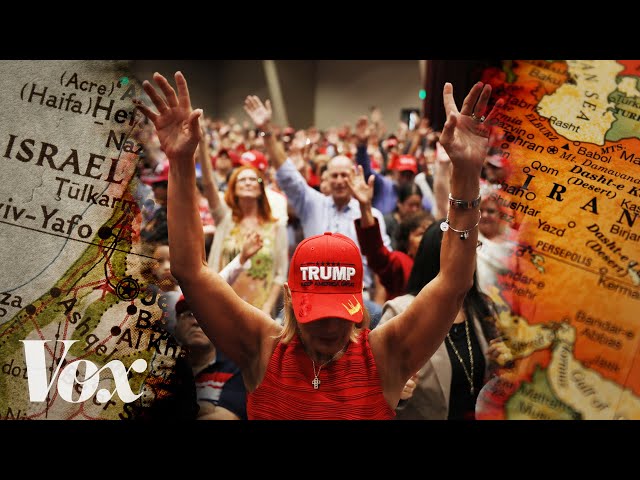 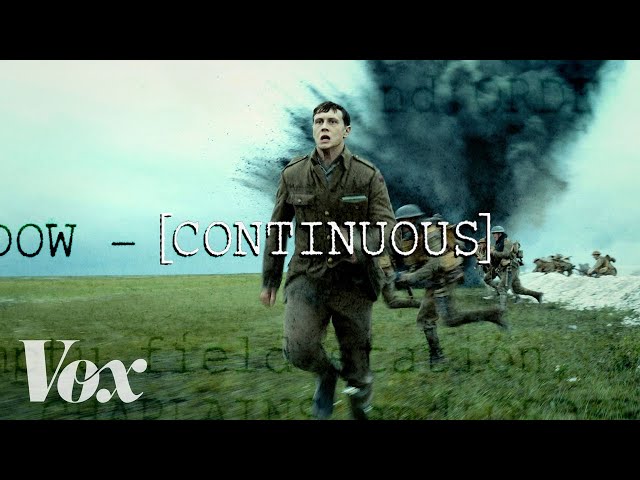 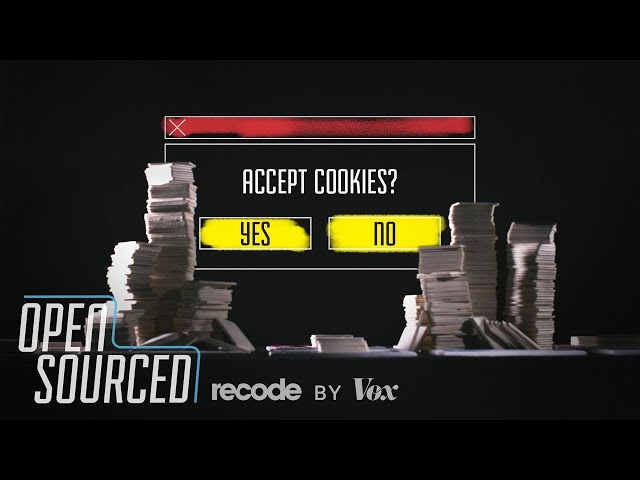 How ads follow you around the internet
Vox
733K views 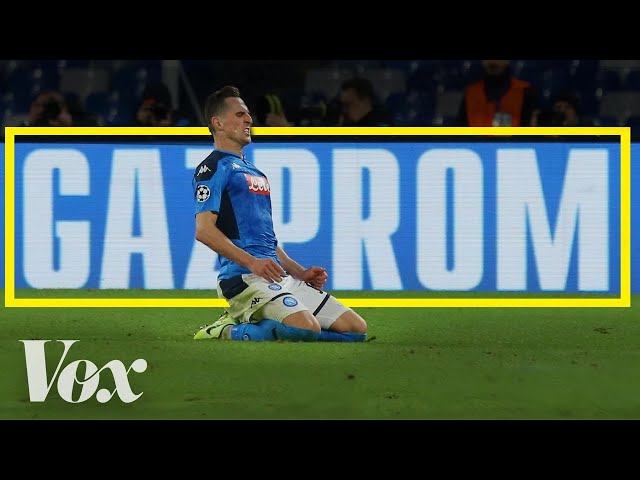 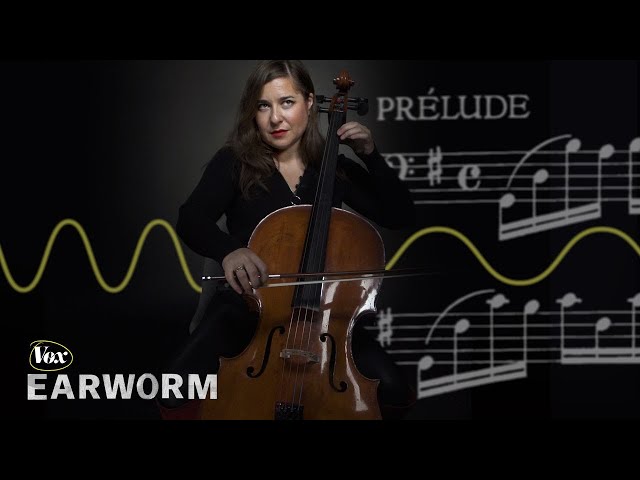 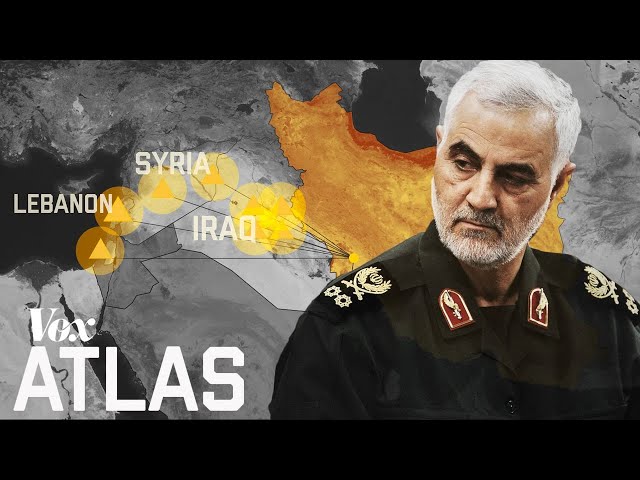 How Iran's Soleimani became a US target
Vox
1M views 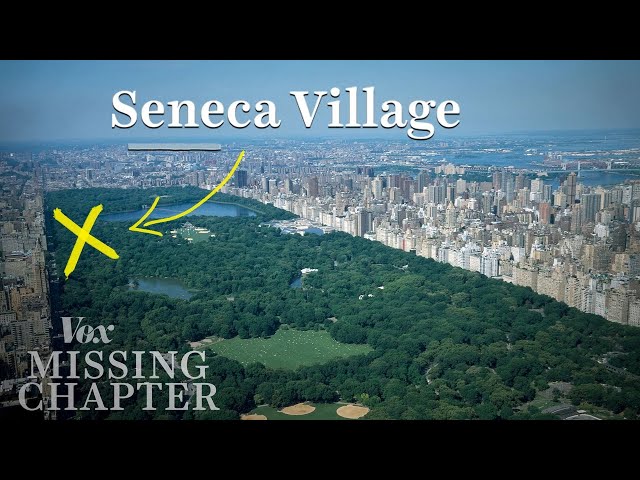 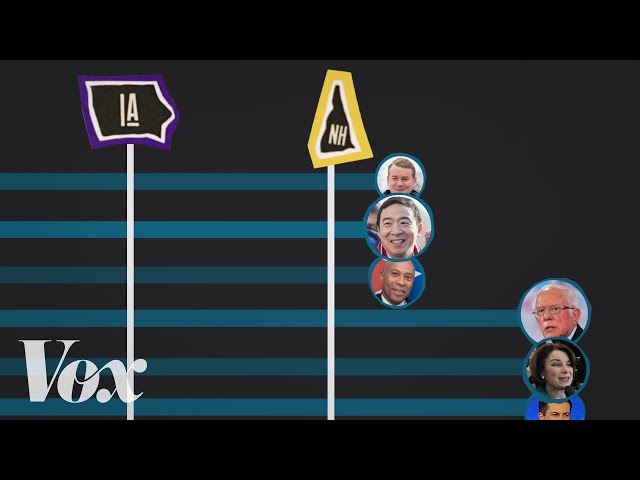