Elmer Teves 9 days ago
“I’m starting to think it’s a bad idea for one studio to make every big movie.” Olaf in Frozen 2: Anna, I don’t feel so good....

Shivani 9 days ago
Identity theft is not a joke Rey. Millions of families suffer every year.

Marcus Stevens 9 days ago
Really, the thing that hurts these movies the most is that there was no plan at all. Why would you let an iconic trilogy with a massive fanbase be passed between different directors with different plans for the series like the child of a divorced couple? Imagine if in Empire, Darth Vader said that he was Luke's father, just for him to say "oh, I was lying" in Return of the Jedi. If the Emperor wasn't introduced in Empire and was just shoehorned into the opening text crawl in RotJ, like "oh yeah, you thought Vader was the big bad? Nope, this is his boss. Don't question it..."

Podgester 9 days ago
“Never seen a landing that he couldn’t not stick” Does this break anyone else’s mind?

Caleb Witts 9 days ago
This movie gets more depressing after watching The Force Awakens. Back when it at least *seemed* like they had a plan

tertulo 9 days ago
Star Wars The Rise of Skywalker: They spent a fortune on a movie and the people preferred "Baby Yoda"!

William McNirlan 9 days ago
She's Lando's daughter. Seriously. And I find that out in the Honest Trailer. Tells you everything about this movie.

supersoap91 9 days ago
Can we just stop and realize that not only was force healing what would have help Qui-Gon Jinn, but is the whole reason Anakin turned to the Dark Side in the first place? Yet, Rey and Ben can do it all willy nilly?

Nicholas Hogan 9 days ago
God this movie sucked. The trilogy sucked. It all just.....sucked so hard.

BlueFox94 9 days ago
Proof, once and for all, that J.J. Abrams sucks at concluding stories.

og87 9 days ago
Why didn’t they make Qui gon Reys father? Because fans would be ReyJin.

Thanks Hermione 9 days ago
I'm surprised you didn't mention how Finn said he had something to tell Rey and then never followed through on it. No, we shouldn't have to research stuff to fill in gaps left in the film.

imaxman1 9 days ago
I can’t believe... that I WAS FEATURED ON HONEST TRAILERS!!!

Narmatonia 9 days ago
4:22 I feel like they were going for the "Hey guys she's actually his daughter, hint hint", but the line delivery just makes it sound creepy

RogueOneLeader 9 days ago
I just love at the end all the FO Star Destroyers just inexplicably crashing after the galaxy "rises up"...classic JJ to not bother with context. The ships in Independence Day all crashing down to Earth made more sense

SkillLevel:Zero 9 days ago
Snoke be like: “I turned myself into a pickle, Palps! IM PICKLE SNOKE”

Thanks Hermione 9 days ago
This entire trilogy could be renamed, "Star Wars: The Search of More Money." Face it, that was the point of it, not developing the characters and universe.

Vincent Maliga 9 days ago
Basically the whole sequel trilogy was pointless it didn’t need to happen when it was done way better in the original. They didn’t expand on the universe they just replicated and copied what already had been done

SkillLevel:Zero 9 days ago
Palpatine: “I am all the Sith who have ever lived” Rey: “And I am.... Iron Man”

Johannes Meier 9 days ago
This trailer is more entertaining than the actual movie.

Abe Mora 9 days ago
How is Palpatine fan service? Nobody asked for him to return.

Aarj 9 days ago
still dont understand why disney bought the star wars for 4 billion dollars and then didnt make a plan for the new trilogy, blows my mind lmao

Collin Michael 9 days ago
“I’m starting to think it’s a bad idea for one studio to make every big movie.” I am Iron Man I am all the Jedi

Ashling and Hurricanes 9 days ago
"a rose by other name would get to speak" oof that one hurt. so true, so rough

TepidShark 9 days ago
Rise was so bad that HT didn't even attempt to present both sides of the argument like with TFA & TLJ. Their point of view is that it's just bad and that's it (and personally I agree with them).

Vina Le 9 days ago
Why did “How can I be a mechanic? I have no arms” kills me

G3dabeast 9 days ago
I felt like if they would only keep one director the trilogy would have turn out fine. I mean did you see the screenshots of the concept art, Huck was supposed to kill himself with Windus lightsaber

lupo1185 9 days ago
So - did they ever solve how budhole-eyes got Lukes lightsaber? Or do I have to read three books before that...what a mess this is.

julian12465 9 days ago
“My disappointment is immeasurable and my day is ruined.”

Astro Sci 9 days ago
Ruining the Star Wars universe is much like ruining a casino and yet humanity managed to do both.

ShaneLovesBambi42 9 days ago
HT: "Tony Sith cloned this in a cave!" Me: "With boxes of scraps!"

Mr. Presidactyl 9 days ago
This whole trilogy was a scruffy lookin nerf herder.

Indiana Nói 9 days ago
Old women: Who are u? Ray: Ray Old women: Ray who? Me in the theatre: RAID SHADOW LEGENDS

Murtala Muhammed-Ighile 9 days ago
I don’t care I’d rather watch the prequels over this disjointed mess of the sequel trilogy. I honestly felt nothing when I watched this for free online

Brian Smith 9 days ago
Please say “ When you give us a better name than The Child, we will stop calling him Baby Yoda”

Shir Deutch 9 days ago
Some fans: remake The Last Jedi! Disney: Okay. Here you go! Some fans: No... not like this... Disney: money pleeeasssseeeee!!!

Mprator 9 days ago
Damnit, it's "lint licker," not "lent licker", that person requested that screwed up!

Will C. May 9 days ago
"It managed to do the impossible of uniting a divided fanbase...by pleasing no one". So true!

Z G 9 days ago
Funny that were still talking about Finn telling rey if he loved her or he was force sensative.

Jon Watson 9 days ago
I laughed so hard during this movie even the people who were pissed off at me in the cinema joined in.

kev in 9 days ago
Luke: identity thieft is not a joke Rey!.

wormspeaker 9 days ago
"And you call yourself a Star Wars fan?" Nooo, no... no. Not for a very long time.

Melissa Rose 9 days ago
What about how 80% of Finn’s lines were just him screaming REY!!!!

Laitsman 9 days ago
I successfully boycotted this movie.

Z Cyro 9 days ago
4:27 I never read that book, I just assumed she was Lando's daughter Also, 3PO and R2 are the main characters, they've been in the most amount of films Say it's about anakin, give me a break

earlybird3 9 days ago
Everyone except Rey, and Kylo should have gotten "participation medals."

Bodia X 9 days ago
This movie is like a dish put together from whatever left in the fridge.

MikeZilla54 ;D 9 days ago
Lets face it, The Mandalorian and Clone Wars Season 7 are the only ones thats carrying this Franchise now........

samus47 9 days ago
Is no one going to mention chewies mental breakdown, when he learned about Leias passing?! No one?!

chinedu obuekwe 9 days ago
No cohesion at all in this trilogy, that’s what happens when you just bring in three different directors. This visions are different

OGPedXing 9 days ago
This movie was so bad it ranks lower than Phantom Menace.

Amazing Guy 9 days ago
I don't need to be reminded of this parody that I didn't watch anymore.

Aislin 9 days ago
Also to be included in the disney-makes-everything montage: Thanos: I am inevitable Iron Man: and I am iron man ... Palpatine: I am all the sith Rey: and I am all the jedi

Just_A _Tepig 9 days ago
Adam driver is the only good thing about the sequels, and the character he had to play was poorly written

Souperman 73 9 days ago
Rise of skywalker: it’s like endgame if endgame hadn’t done the leg work to earn all the self referencing and fan service

Burns Cooper 9 days ago
Please say “Roar like Chewbacca, the voice of Mufasa.”

Amazing Guy 9 days ago
Ben Solo is forever the TRUE hero and victim of this garbage trilogy.

Roonil Wazlib 9 days ago
I‘m a lifelong Star Wars fan, and this is the first time that I’ve had zero interest in watching a Star Wars movie. Between this and the HISHE, I’ve seen everything I need to see.

SuperAtheist 9 days ago
Say: I'm too busy being awesome to take your phone call. Leave a message after the tone. .

Stephen Taylor 9 days ago
Please say “I am Obi Wan Kenobi And I’m an alcoholic”. It’s a reference. 😂

Anthony 9 days ago
To quote TFS Piccolo - 'That is terrifyingly accurate". This is what happens when you have a guy start something with a plan on what should go through the next 2 films, and then put in a guy who's ENTIRE THING is making films that he wants half the people to hate and half to love in the middle film. Cause 0 understanding of characters, 0 care to understand them, and 0 attention to detail - seriously how do you forget Luke has a cybernetic hand unless you've never seen Empire, RotJ or the advertising of TFA, etc.

Random Ron 9 days ago
When the biggest question in the movie is still wondering who Palpatine banged to have a kid & no one notice, you know your movie doesn't have much.

ketchupkatsup 9 days ago
When you realise all the sequel trilogy did was kill off Han, Luke and Leia

Phoenix Angel90 9 days ago
I was really disappointed in the last jedi that I had no desire to see this one and I'm glad I didn't. What a waste...

Nikole Sn27 9 days ago
Do THE CLONE WARS SERIES

deejayxcrypt 9 days ago
This is the most I’ve seen of the movie. Conclusion: the review part of this was fun, keep at it Honest folks.

sandile mabaso 9 days ago
Say: “That wasn’t the workout, that was the pre-warm up, to get you ready for the warm up, followed by the workout which precedes the post-workout then followed by a 60 minute warm-down”

Dashiell L 9 days ago
Do The Mandolorian Tv show and say "Come on Baby, do the magic hand thing!"

Amazing Guy 9 days ago
I hate this movie with such passion. I hate it so much. I hate everything about it.

AbVoxNihil 9 days ago
honestly 3po has not been consistent at all, he got flanderized hard!, in the OG trilogy threepio was pessimistic but intelligent and very much aware, then he just became dumb and a punchline.

Commander Beag 9 days ago
Outbreak. Maybe an honest trailer can help us through covid 19

Сергей Селютин 9 days ago
Was disappointed by TFA. Didn't see TLJ. Didn't see this crap. For me the story ends with Episode 6. 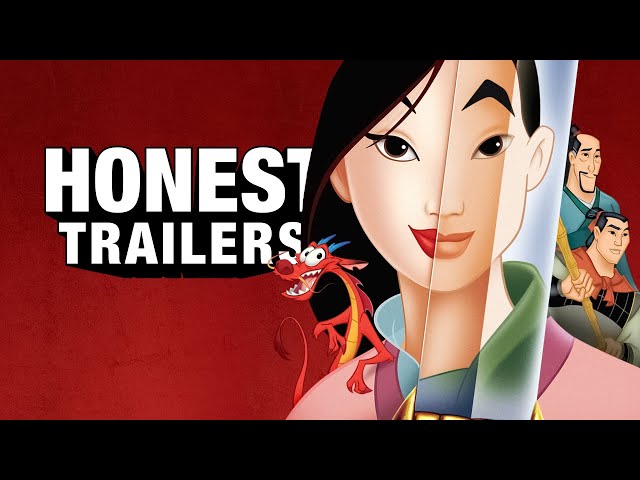 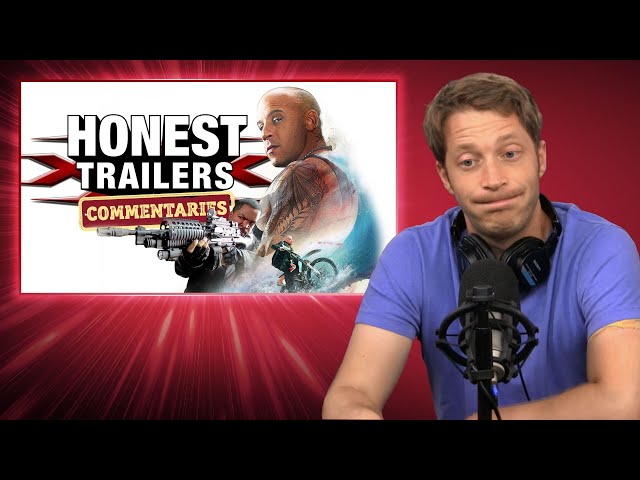 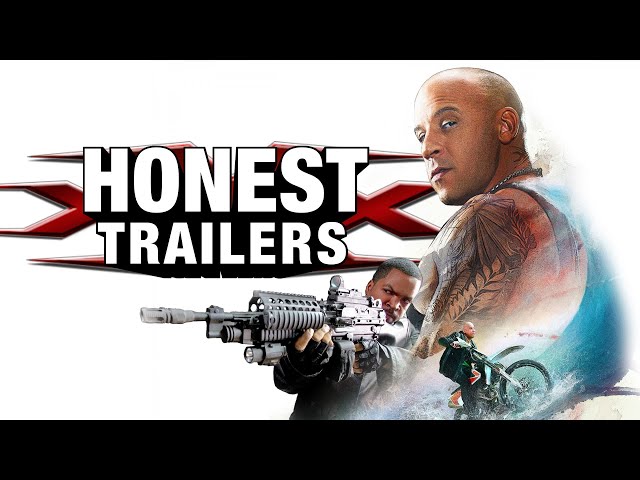 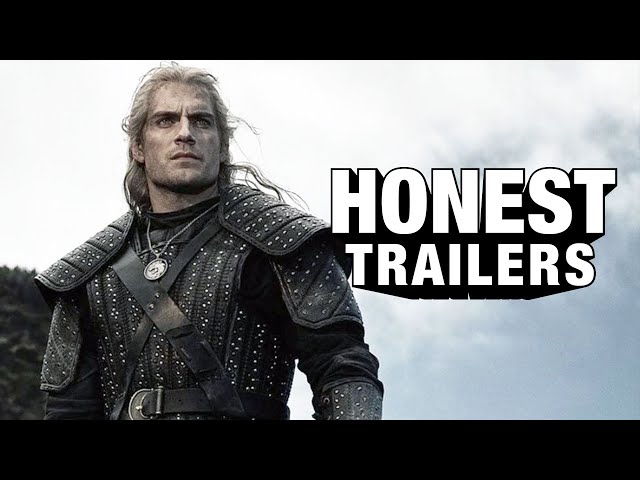 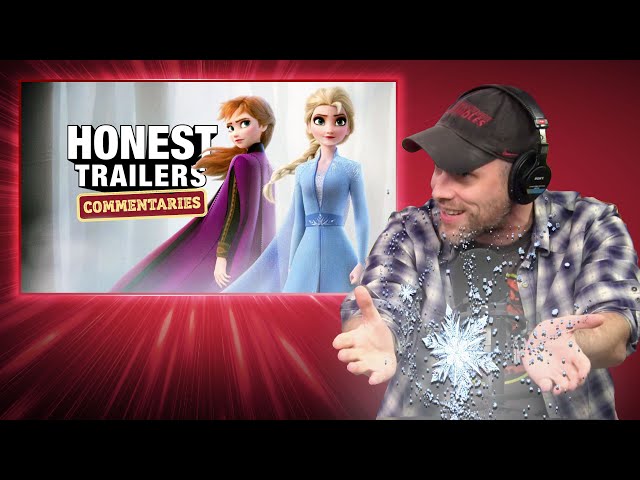 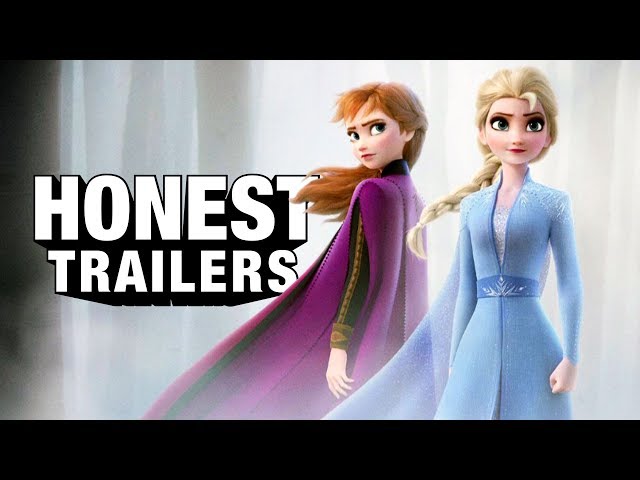 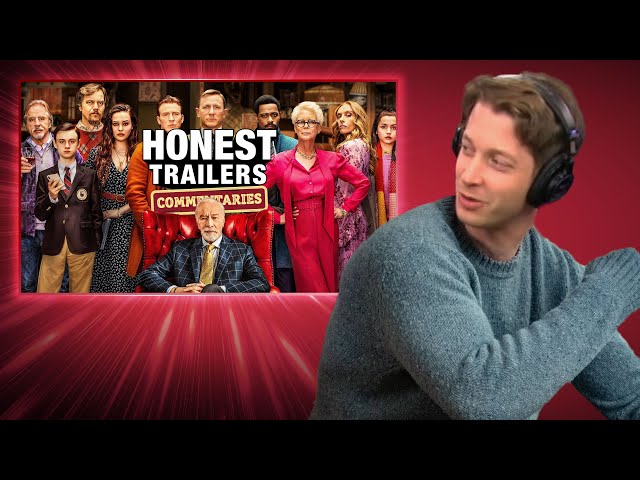 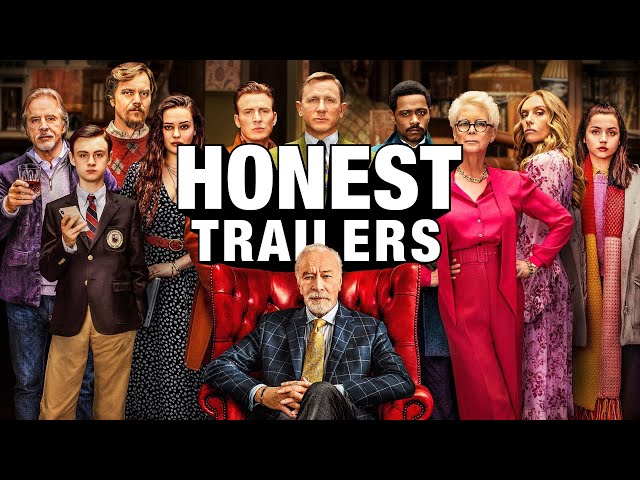 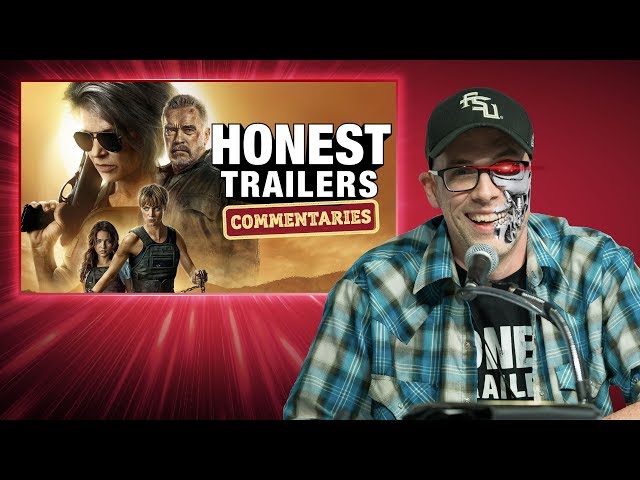 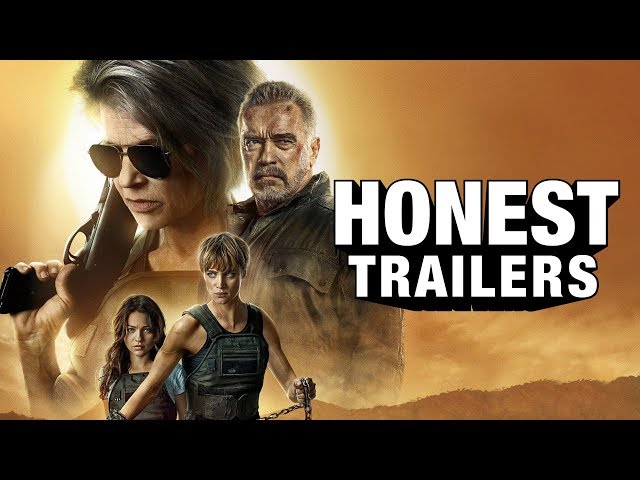